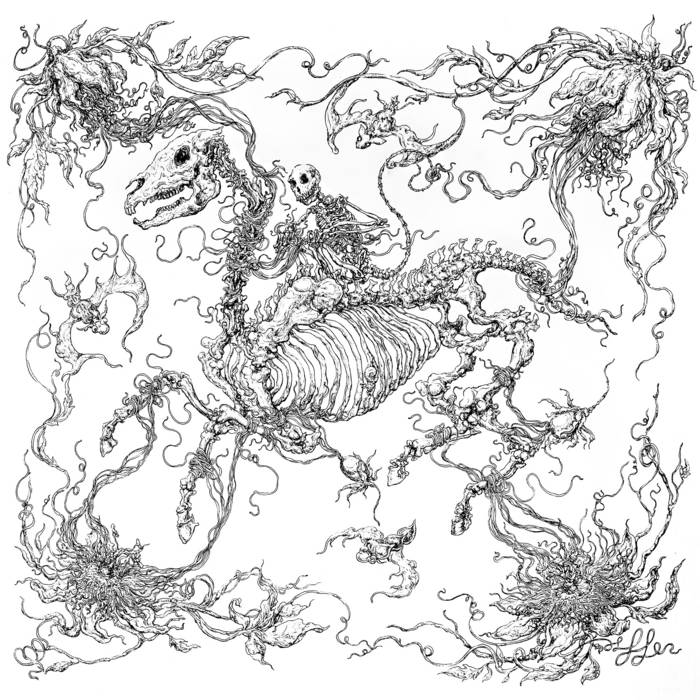 roel funcken the concept is pretentious and tenuous, and associates the album with a figure who undermines its message. In its attempt to legitimize itself with a literary classic, In Death's Dream Kingdom forgets something important. This is dark music for dark times, sure, but the music can speak for itself, and in a much more intuitive language. Favorite track: Lanark Artefax - Styx.

J. Edward Keyes This is an outstanding comp of the outer edges of experimental electronic music. Fans of Blackest Ever Black, PAN, and Posh Isolation will love.

Finn of Tomland Usually i'm not too keen on various artist compilations but all artists on this release brings a very high level of creativity and craftmanship to the table so therefore i had to get hold of this gem and to top it off there's not a bad track on it. Favorite track: Yves De Mey - Solemn But Fading.

Ews Nsj ...this is the kind of dark illumination that makes us realize we are still very much in a magical realm with our magnetic souls and deeply ancient mindfire. every single aspect of IDDK is irreducibly pure and You All have done a Masterwork with your contributions. i am taken aback by the sheer consistency in maintaining the thread of the IDDK concept,..the catharsis Eliot surely engaged in while penning THM. Thank you for this substantial piece of art — a highlight of the year. there are so many excellent pieces on here that it is nigh on impossible to choose a fav. very highly recommended

In Death's Dream Kingdom is a voyage into the unknown for Houndstooth and all the artists on it.

It represents a complete rethink about what it means to compile and commission music in the streaming era – and the tracks and seductively dark atmospheres conjured as a result are exploring all kinds of new sonic territory, too. In short, the cream of leftfield electronic talent have been given a brief: to take the phrase “in Death's dream kingdom”, or the whole of TS Eliot's poem The Hollow Men from which it comes, as inspiration. The resulting 25 tracks will be released, one by one, together with further online texts, and extraordinary artwork by Jazz Szu-Ying Chen, to build into a new kind of audio-visual artefact. Not an album in the traditional sense, certainly more than just a playlist, it brings together a seriously diverse array of talents into a coherent whole with a vivid aesthetic reverberating through it. It occupies a similar space to the great home listening electronica acts of the 90s – Future Sound Of London, Global Communication, the Artificial Intelligence axis – but there are no throwbacks here: this is radical in sound and thought. Dark music for dark times.

It's a well-deserved chance for the label to flex its creative muscles. Just over a year ago, and only three years into its existence, fabric's offshoot label Houndstooth was staring death in the face. The closure of the fabric club would have meant the end for the increasingly exciting Houndstooth. Thankfully, not least because of the grassroots support of fabric's clubbers and the people who buy and stream the labels' music, it survived – and Houndstooth came back with redoubled determination to push boundaries. 2017 has seen albums on the label by label stalwarts Call Super, Special Request, Guy Andrews, Second Storey and Throwing Snow, all of which have ended up in the upper reaches of critics' favourite lists for the year. Not only that, but the collective subconscious seems to be catching up with Houndstooth's aesthetic as film and TV sound design and soundtracking start to dig into the same strange spaces. Now they are expanding the label's remit massively, to bring in a huge range of artists who they admire and who share the label's commitment to testing boundaries.

The two Robs who run Houndstooth know a thing or two about compiling and curating the underground. Rob Butterworth has been with the fabric label since 2005 and headed it up since 2013, helping the London club's two mix CD series fabric and FABRICLIVE tick steadily towards 100 editions apiece. At a time when online culture means mixes are ten a penny, fabric has managed to maintain the specialness of its releases, often providing definitive statements by DJs or producers. Rob Booth, meanwhile, was headhunted by fabric on the basis of his work since 2007 on his Electronic Explorations site, and his work for Mary Anne Hobbs, who remains a close friend and regular musical confidant. Most recently the pair were responsible for pulling together the vast 111-track #savefabric compilation, a key part of the effort to raise consciousness and money for the campaign to keep the club and labels alive.

The approach in building IDDK certainly echoes Electronic Explorations's sustained building of an aesthetic free from the pressures of club scene divisions and dancefloor-filling; and while it's not as sprawling as #savefabric, that gargantuan effort helped give them the confidence to think beyond the confines of a standard compilation. In this context, artists from the far corners of the art, noise and ambient avant-garde like Abul Mogard, Pan Daijing and Roly Porter can sit alongside club and bass producers like Hodge, Batu and Peder Mannerfelt and genre evaders like Gazelle Twin, Pye Corner Audio and rising star of the leftfield Lanark Artefax yet the whole thing maintains absolute coherence. Meanwhile, Jazz Szu-Ying Chen – a Rotterdam-based Taiwanese artist who has exhibited worldwide, including wall and window art in Chelsea & Westminster Hospital alongside Brian Eno's lightbox works – has created a stunning visual identity inspired by the same text that amplifies and enriches the emotional and intellectual intensity of the music. It may be a “post-album” project, but IDDK has set out a new blueprint for a virtual artwork that can be loved and treasured just as a favourite album would be.

Bandcamp Daily  your guide to the world of Bandcamp